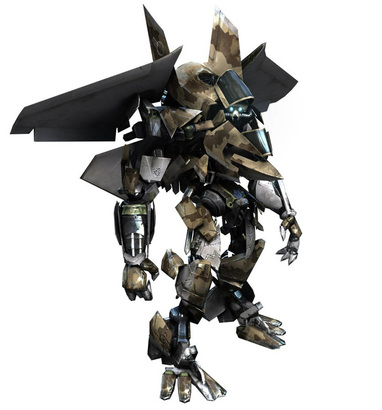 Profile: Serving in an army of robots tied to the ground makes Breakaway unique. He is one of the very few among the elite Autobot flyers, and he is unmatched for speed in a straight line. While other pilots focus on aerial acrobatics that confound the enemy, Breakaway is content to speed over a fight at seemingly impossible velocity, releasing bombs and missiles that strike their targets before the thunderous boom of his passage can catch up. However, despite his incredible speed in vehicle mode, his personality and attitude is the complete opposite. Breakaway lives in a slow-motion world. He takes everything real easy, and he's never in a hurry to get anywhere or do anything. But that's what it takes to be a laser-rifleman. At a range of 2.5 miles, the impact spot of laser light will jump one hundred feet for every one thousandth of an inch movement at the source. That spot has got to be held on target long enough to burn through that source, otherwise it's no more harmful than a warm breeze.

Weapons of Choice:
Scrapbook notes (Personality and development): An old friend of Daytonus, Breakaway is not only an excellent marksman, but he's also an expert in electronics.  Breakaway's fascination with electronics and high tech laser optics forced him to take a leave of absence to complete his Master's Degree in Electronic Engineering at the Nova Cronum University in Cybertron. By combining a laser weapon's remote target designator, range-finder and an optical signaler, Breakaway was able to perfect an unparalleled defensive security system as part of his Master's thesis. The program has since been adopted for field testing by the Autobots.

Bumblebee: When Breakaway braces his weapon and sights in on a target, he becomes a rock - no discernible movement of any kind. Birds perch on top of his head. He transcends mere stillness to another plain of immobility. You don't even see the trigger finger move. It's like he wills that beam of light to stab the darkness...

Shockwave: This Autobot is a unique specimen indeed. His skilled marksmanship and his ability to remain still for long periods of time are astonishing. This Autobot poses a great threat to the Decepticon cause.